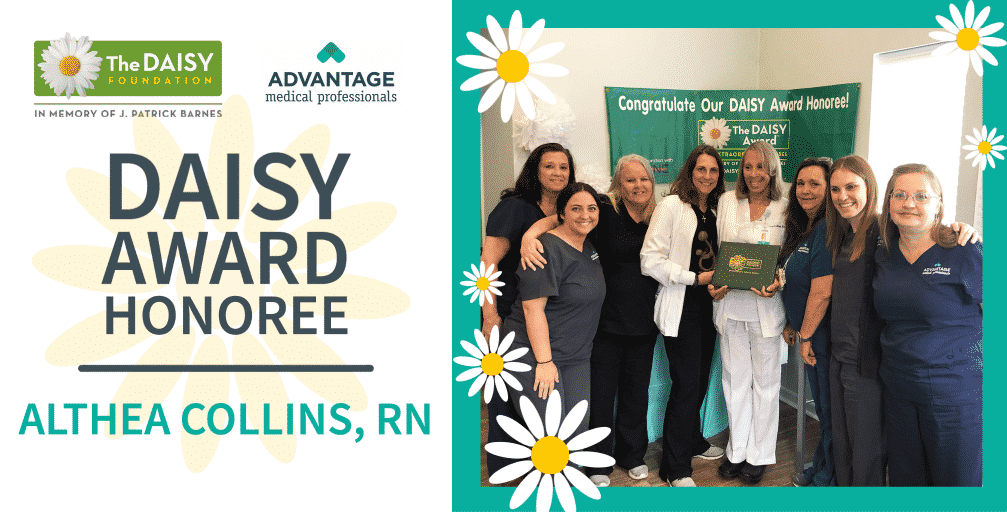 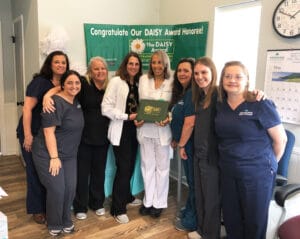 Members of the Advantage Medical Professionals team recently held a ceremony to honor the DAISY (Diseases Attacking the Immune System) Award winner for the first quarter of 2021. The award was created in memory of Patrick Barnes, who died from complications of Idiopathic Thrombocytopenic Purpura (ITP) in 1999. Inspired by the care he received from his nurses, they created a foundation that would honor the profession for years to come. Currently, more than 4,800 healthcare facilities and schools of nursing participate in 29 countries worldwide.

The award winner Althea Collins, RN, was recognized as the recipient for her heroic efforts in saving the life of a child while on assignment. She was honored at a lunch ceremony in Baton Rouge and was presented the award by AMP Staffing’s Director of Nursing, Angela Totora, MBA/HA, RN. Nurse Collins received a certificate, a DAISY Award pin, and a hand-carved stone sculpture titled “A Healer’s Touch.” The winner is also awarded with a gift certificate for Cinnabon cinnamon rolls—a favorite of Patrick Barnes. We congratulate Nurse Collins on the receipt of this award and extend our most sincere gratitude for her heroic efforts. 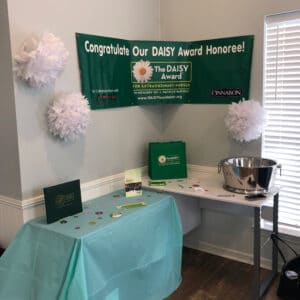 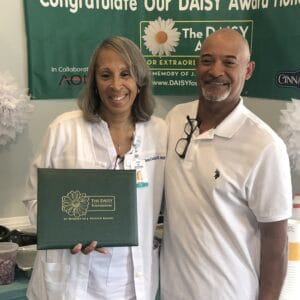 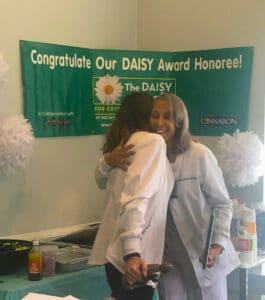 “Nancy is definitely the best recruiter I have had since I started. She is knowledgeable, understanding, sincere. She checks on me weekly and is truly genuine. So glad I’m with you!”

“I am very satisfied with my recruiter Jay. He kept me well informed about my assignment that has been ongoing and I would definitely recommend my nurse friends to him.”

“Barbie treats you like family and is always making sure that things are going good on my end; and when you get recognized by the job, she always cheers you on.”

“AMP has been a phenomenal company to work for. Their service to their employees is top notch. My recruiter is exceptional and has always been there for any needs or questions I have.”

“Nancy is a great recruiter! She answers questions in a timely manner, understands your needs and wants, and makes sure you are happy with your assignment. She is always a phone call away if you ever need anything. She loves her job and is very kind. I would recommend her to anyone looking to do travel.”

“Marco, is awesome! He goes above and beyond and the communication is never lacking! He is very responsive and proactive. Looking forward to continuing my journey with Marco!”

“Amy always kept me “in the know” of what was going on with my job placement. She always returned my calls, text, or emails in a very timely manner. I will refer all my nurse buddies to her. It’s been a pleasure working with Amy.”

“Pam is by far my favorite person ever (besides my parents and the man upstairs himself). She helped me all the way through navigating my first travel contract and really helped ease any anxieties I had.”

“Katrina was very attentive to my needs. She always responded in a timely fashion and was very helpful while shopping for an assignment. She also provided great advice that I found extremely useful.”

“Marco went above and beyond for me. He was constantly available, even after standard business hours. As a first time traveler, he walked me through the application process and answered every question I had. He was always scouring the market for the best job offer and would update me daily. I cannot recommend him enough!”

“Marco has been so helpful throughout my entire process. He is diligent, communicative, and has gone above.”

“Patricia is extremely knowledgeable about her job. She is extremely professional and works quickly. Patricia had me submitted, interviewed and offered for a contract in less than a week.”